Can A Wife Help Keep A Husband From Cheating? 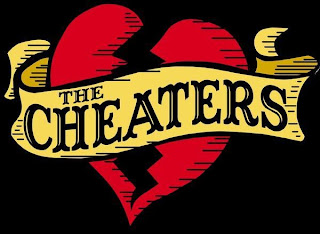 Many wives suffer the devastation of their husbands' having an affair.  Some men are like Judas, just plain evil.  These men will have affairs whether or not their wives are amazing wives.  Most men, however, are like Peter, they make mistakes.  Now granted, having an affair is a big, ugly mistake but can wives somehow do something to prevent affairs?

From what I have experienced, many husbands are neglected once their wives have babies.  Their babies are everything to the mothers.  Being a mother takes precedence over being a wife.  When their husbands come home, they are so tired from caring for children, they just want to be left alone.

Men are seldom driven to a mistress because of sex passions. It's usually her ability to fill an emotional need, making him feel appreciated and important.  Men's greatest need is to be respected and if they are not getting it at home, the temptation to get it out of the home will be great.

Yes, a man is wrong to have an affair no matter how neglected he feels.  When he stands before God and has to give account for his actions, he will not be able to blame his wife for any of his sins.  However, I prefer to think that there are things I can do to help prevent an affair.  I think this gives wives power to think they can help keep their husbands happy at home.

If he has a joyful, fun, gentle, submissive wife who loves pleasing him and giving him sex, I doubt many men would jeopardize this relationship with an affair.  Even if you have a strong believer for a Christian, you should never take that for granted and treat him however you want, thinking he will remain faithful to you.

Cristina commented on my facebook page when I posed this question to my readers.  She wrote, "Well, it's kind of like food.  If a man is well nourished body, soul, and spirit, he usually has no reason to seek someone else.  If he does, despite being well cared for, then its entirely his blame and sin.  But if he is not well nourished, then he becomes vulnerable and it takes an extremely disciplined, enduring, and God fearing man to do what's right and resist temptation."


Stop depriving one another, except by agreement for a time,
so that you may devote yourselves to prayer,
and come together again so that Satan
will not tempt you because of your lack of self-control.
I Corinthians 7:5