Dancing in Their Apartment! 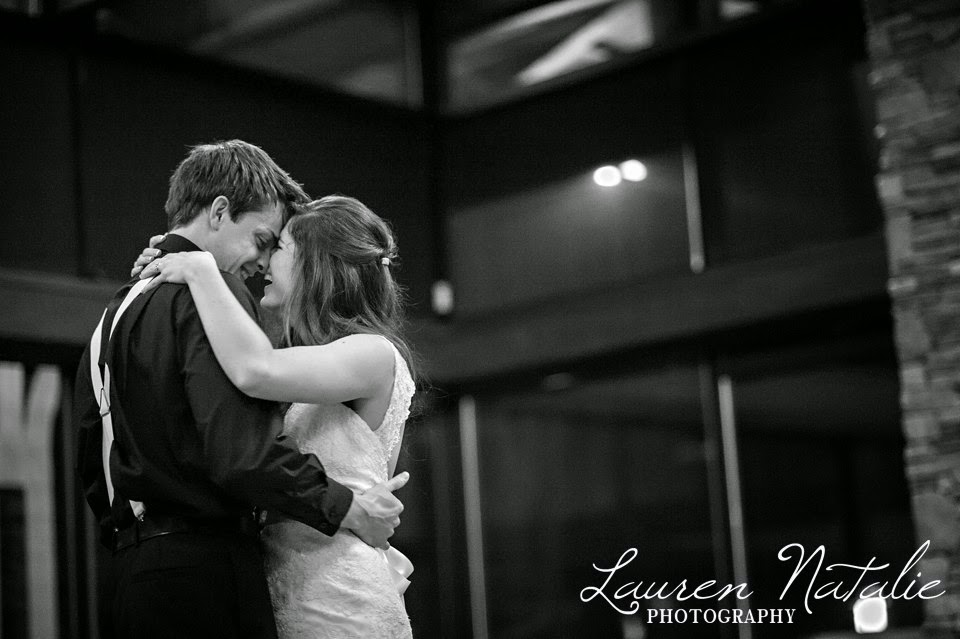 This picture is Ryan and Cassi dancing at their wedding reception. They were SO happy and excited to be married! They've been married one year today. They live in an apartment now. When they were here for Christmas, I asked them if their apartment building is noisy and they said no, except maybe them. They sing and dance often together! What they began on their wedding day, they continue to this day.

They were here for two weeks over Christmas. They are fun to watch. Cassi teaches me how to be a better wife. She is always loving and kind to Ryan. They always call each other "Babe" and whenever he's hungry, she fixes him good food. She never nags him or tries to control him. She listens when he speaks and they both try to make each other happy. He compliments her often. {We reap what we sow.} They love doing everything together: sleeping, eating, shopping, playing beach volleyball and basketball, going on runs or walks, watching television, etc. I played a Christmas song I wanted them to listen to and Ryan immediately got up and pulled Cassi up to dance with him!

I love watching happily married couples and how they react to each other.
Compare their marriage to this one ~

The line was long. It's not abnormal for a few days before Christmas, but isn't the line always long at the Post Office? I was watching a woman with a baby strapped to her chest and holding the hand of her young daughter. She was busy doing something at the desk. Her husband finally came in, began helping with the children and spoke to her. She looked at him angrily and told him to shut up. Then she went on and on with him about something, scolding him as if he were a child. I saw her husband's shoulders droop and an expression of exasperation on his face. {Many people witnessed this interaction.}

I SO badly wanted to go up to her and tell her to stop treating her husband with contempt. She looks like she is on the way to destroying her marriage. I didn't feel comfortable doing that so I just prayed for them.

Unfortunately, this is not a rare occurrence. Oh, how I wish I could teach all women to stop scolding their husbands, telling them to shut up and embarrassing them in public or in private. It reminds me of this verse, An excellent wife is the crown of her husband, But she who shames him is like rottenness in his bones {Proverbs 12:4}. Way too many women are rottenness to their husband's bones, like the woman in the post office.

How can a wife be a crown to her husband? Listen respectfully when he speaks and NEVER treat him with contempt. Speak in a gentle voice to him; never being harsh. If he says something that offends you, learn to hold your tongue and not say something in haste that you will regret. Consider your words carefully before speaking. Use words that encourage and build him up and never tear him down. He is torn down enough by the world around him. He doesn't need to be torn down by his wife.

Cassi is a crown to Ryan. The woman in the post office was rottenness to her husband's bones. What kind of a wife are you?

Happy Anniversary, Ryan and Cassi!
We love you!