Wives Will Claw You if You Tell Them What to Do! 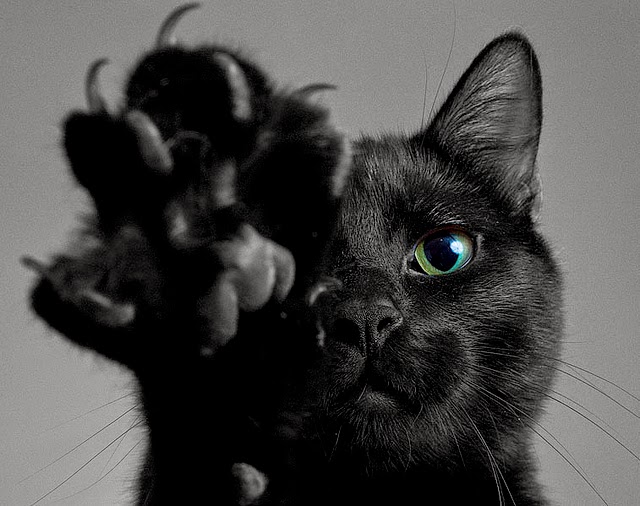 Crystal from Crystal and Co. Blog asked me to write a post for her once a week. I knew the majority of her readers probably weren't Christian since her blog isn't geared towards Christian teaching, so I tried to write posts that weren't too tough on the women. However, I wrote a post called Staying in a Miserable Marriage and she was bombarded with comments on how I promote abuse and how wrong I am to teach women to obey their husbands.

Okay, I thought, if they already have figured out that I teach women to obey their husbands, I guess I'll write a post on this topic. Therefore, I wrote Are Wives Supposed to Obey Their Husbands? Then, of course, we heard how wives would get abused if I wrote about obedience because we all know that if children begin obeying their parents, their parents begin abusing the children and if citizens begin obeying their government, the government begins abusing the citizens, right? As if submission and obedience causes abuse!

Shortly afterwards, Ken sent me a segment done by a popular television psychologist in which he said something like, "A husband should never ever tell a wife what to do. Wives are like cats and they will just claw you if you do." They showed his wife nodding her head in agreement and mouthing "never."

We easily obey our government, our boss and our teacher, but our husband, no way! We are taught that if we obey them, they just might beat us up. Where do you think this lie comes from? Satan himself. When wives don't submit to and obey their husbands they are disobeying God. A house divided falls. When their isn't one leader, chaos usually reigns. One or the other will end up being the leader and it is usually the wife as this psychologist and his wife so easily proved.

Marriage is the foundation of our society. Within a strong family unit, children are raised and nurtured to be secure. These children grow up to be productive members of society. When the family unit disintegrates, society disintegrates. This psychologist drank the feminist's Kool Aid along with most professionals in the marriage counseling industry and it is causing havoc on marriages and ultimately, we all pay the consequences.

Drink from the Word of Life, instead. It is nourishing to your body and soul. It is Truth. God's Truth and His living water will always trump society's empty, unhealthy Kool Ade.

For the word of God is living and active and sharper than any two-edged sword, and piercing as far as the division of soul and spirit, of both joints and marrow, and able to judge the thoughts and intentions of the heart.
Hebrews 4:12