Is It a Sin to Send Christian Children to Public School? 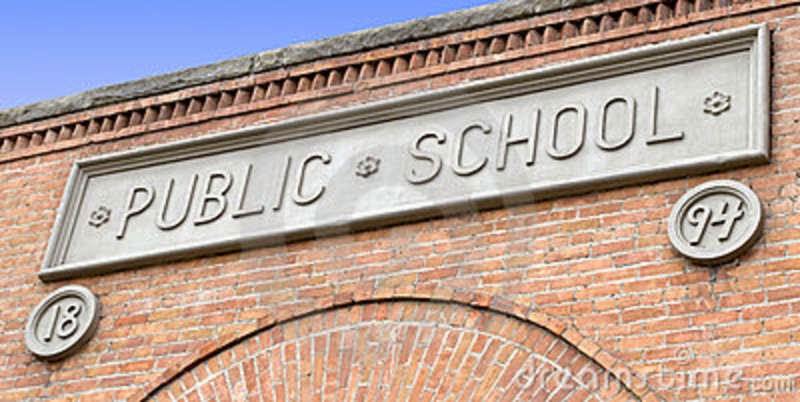 This post was written by Steve and Kathryn Skinner. If you want to find where all the facts and quotes are from, go directly to their blog HERE. Whether you believe it is a sin to send your children to public schools or not, this is well worth your read!

Public schooling was not mandatory until 1852 when the state of Massachusetts passed the first compulsory school laws. Before that is was the parents who taught their children. “Hundreds of year ago, most learning happened at home. Parents taught their children or, if their families could afford it, private tutors did the job. The Puritans were the first in this country to point out the need for some kind of public education. They established schools to teach not just the essentials, reading, writing and math, but also to reinforce their core values.”

We see that in its early beginnings, its purposes were noble; to teach and educate the poor and ignorant to read, write, learn mathematics, and to reinforce the Puritans core values which were founded upon scripture. The early textbooks known as Readers used scripture to teach reading and writing. This, however, is no longer the case. With the erroneous judicial ruling in 1947 in Everson v. the Board of Education, the court said, “The First Amendment has erected ‘a wall of separation between church and state.’ That wall must be kept high and impregnable."

This decision has been used over the years to completely separate God and His Word from the state public schools. When God and His Word were removed, it had to be replaced. What was true religion replaced with? Secular Humanism, the belief that humanity is capable of morality and self-fulfillment without belief in God.

John Dewey, the father of progressive education, signed the Humanist Manifesto, but so did C.F. Potter who wrote the book Humanism, A New Religion in 1930 and wrote, “Education is thus a most powerful ally of humanism and every American public school is a school of humanism. What can the theistic Sunday schools, meeting for an hour once a week and teaching only a fraction of the children, do to stem the tide of a five-day program of humanistic teaching?”

Since the 1930s, do we really think things have gotten better? Consider this quote by John J. Dumphy in 1983, “The battle for humankind’s future must be waged and won in the public school classroom…between the rotting corpse of Christianity…and the new faith of humanism…{and} humanism will emerge triumphant.”

Now that we understand the current system of education is at its core a religion of humanism, let’s consider what the Bible has to say about it ~

Thou shalt have no other gods before me. Thou shalt not make unto thee any graven image, or any likeness of any thing that is in heaven above, or that is in the earth beneath, or that is in the water under the earth: Thou shalt not bow down thyself to them, nor serve them: for I the LORD thy God am a jealous God, visiting the iniquity of the fathers upon the children unto the third and fourth generation of them that hate me.
Exodus 20:3-5

The parents who willingly sends their child into this system is complicit if or when the destruction of their children occurs. Not only are they complicit, but they are also accomplices in the disobedience of the first commandment. Why? Because knowing that the system worships another god {man} then their education would come from those who bow down and worship themselves. We see its effects rampant today in the utter selfishness of American society. Generations of children have learned to worship themselves.

On the other hand, the Bible tells us in minute detail about how we are to go about training our children. And these words, which I command thee this day, shall be in thine heart: And thou shalt teach them diligently unto thy children, and shalt talk of them when thou sittest in thine house, and when thou walkest by the way, and when thou liest down, and when thou risest up {Deuteronomy 6:6,7}.

So we are to teach our children diligently, with carefulness and vigor the whole counsel of God! Every subject declares the glory of God. Every subject must have its foundation in the God of knowledge who created history, who made logic for math and who created science to study through the created universe. Public school teachers are not allowed to teach in this manner. If they did, they would be fired in short order. So to send a child to a public learning institution where it’s not allowed to teach in the way God commands children to be taught would indeed be sin. It would be a transgression of the words He has commanded us to teach.

There was no state school at the time of the New Testament church but we can see how serious it was taken by many concerning their duty to learn in the Scriptures, And that from a child thou hast known the holy scriptures, which are able to make thee wise unto salvation through faith which is in Christ Jesus {2 Timothy 3:15}.

Oh, that parents could see the utter importance of this. Nothing is as important as the spiritual well-being of the child God has placed under your care. Cease, my son, to hear the instruction that causeth to err from the words of knowledge {Proverbs 19:27}.

What are the “words of knowledge?” The whole counsel of God in His word! This is an emphatic command not to listen to lies and error because they will cause us to turn from God’s true word. This is for our children, also. If we are to follow God’s Word are our children exempt? No, not at all. So how can we justify sending our children into a system that denies His very existence and teaches self-worship?

Many will counter with a belief that they can undo many things taught in school when the child gets home. It would be confusing at best for one to think this for God is not the author of confusion {I Corinthians 14:33}.  WE are to bring up our children in the nurture and the admonition of the Lord {Ephesians 6:4}. No parent can do this by sending them to be taught by a system that must by its own admission deny God. The teachers themselves may not hate nor deny God, but those who set the curriculum certainly do and most teachers obey what they are told to teach for the sake of keeping their jobs.

We are called to lead our children to the very God of the Bible, not discourage them. But Jesus said, Suffer the little children, and forbid them not, to come unto me: for of such is the kingdom of heaven {Matthew 19:14}. Satan knows how important it is to corrupt the minds and hearts of our children and professing Christian parents are complicit in his tactics. So not only are professing Christian parents not fighting the good fight {I Timothy 6:12}, we are doing the devil’s work for him. My prayer, dear readers, is that with conviction to follow and obey God’s word and not the useless traditions of men, you would prayerfully seek the whole counsel of God’s word and yield your hearts to what He says.