Bringing Up Bates and Courting 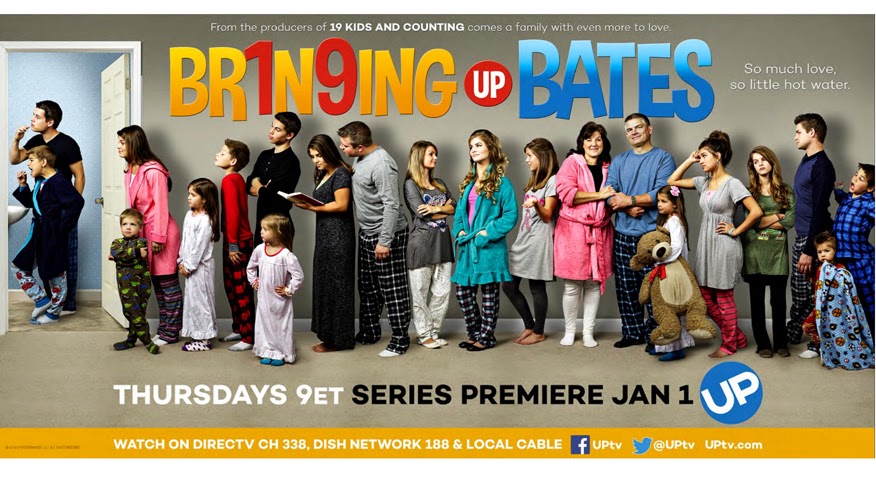 Bringing Up Bates is a new television show that is similar to the Duggar's show. There are 19 children and they have godly principles, love Jesus and want to glorify Him in all that they do. I love watching how other Christian couples raise their children to adulthood.

The Duggars are stricter when it comes to courting. Their children, when they are courting, are never allowed to be alone. They only give each other side hugs and they save their first kiss until marriage. The Bates' oldest son admitted to kissing his wife before they were married. One daughter that is courting now gives her boyfriend full on hugs. She said she gives everyone else big hugs so she decided she was going to give her boyfriend big hugs also, although she did admit the hugs she gives him are much different!

Of course, every couple gets to decide what standards they will set for their children when it comes to dating, courting and engagement. The Duggar children seem fine with the very strict boundaries their parents have set. The Bates' children seem to have boundaries that are a bit more lenient. My children's boundaries were even more lenient but I don't think we would change anything we did in that area. Our children dated when they found someone they thought they may marry. They weren't chaperoned and they definitely kissed and hugged before marriage!

I believe the very most important thing is to teach your children God's Word consistently so their conscience is very sensitive to God's ways and will for their lives. Be open with them about sex and the opposite sex. Don't let them learn about those things from the world, but instead, teach them from a biblical perspective and what God requires of them. Raise wise children; wise in the ways of God and innocent in the ways of the world.

Flee fornication. Every sin that a man doeth is without the body;
but he that committeth fornication sinneth against his own body.
I Corinthians 6:18