They Want to Pull the Show from TLC 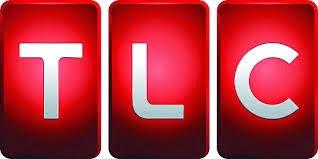 The reality show, My Husband's Not Gay, features unconventional Mormon couples with men who are married to women even though they say they are attracted to men. The wives know about their husband’s preferences and try to make their marriages work.

One couple has been married for 10 years and the husband said, “You can say I am oriented towards donuts and if I was being true to myself I would eat donuts a lot more than I eat donuts, but am I miserable, am I lonely, am I denying myself because I don’t eat donuts as much as I’d like to eat donuts? I’m not.” Another husband responded, “Every time I got to the core of who I am, I knew that I wanted to be married to a woman and I knew that I wanted children. I wanted to be a father. I wanted to be called Daddy when I come home.”  The couples in the show are saying that they are doing what God wants them to do.

Critics are fired up. More than 70,000 have already signed the petition to pull the show because it promotes “…the false and dangerous idea that gay people can and should choose to be straight in order to be part of their faith communities.”  The CEO of GLAAD said, “It’s irresponsible to be airing a show with the content that gives the idea that sexual orientation is a choice and that’s a discredited and old idea.” Robin Roberts responded, “The gay community is really fired up about it. Just as the woman there said from GLADD to even give the idea that it is a choice can be extremely dangerous especially for young people who are dealing with their sexuality and trying to figure things out.”
So here are men who, although they are attracted to men, desperately want a wife and family, yet are being criticized for the choice to get married and have a traditional family. They are married to women who know their struggle, who love them the way they are, yet they all seem happily married.
How can the critics claim that this is not helpful to others who are struggling with their sexual identity? Can they not see that this actually gives a choice to those who may have certain sexual desires, yet those desires are outweighed by their desire to be a part of a traditional family? Why can't they see that all human beings have desires, like wanting to eat too many donuts, but we can choose for ourselves if donuts are to be part of our diet or not. This choice and discipline are part of living a  healthy life and to object to such choices is to not really want freedom, but instead, is it not an attempt to deny a choice? Most men struggle with some sexual desire that they choose to control. This is normal, natural, and healthy to analyze if acting on one's desires will enhance life or detract from God's best in life.

Life is about choices and often those choices go against our base desires.  When society first defines eating donuts as an innate desire, then tries to stop those who say they love donuts, but prefer health foods for their choice of lifestyle, it is a shame to try to drown out this choice as if it does not exist.  No healthy person defines who they are by their desires, but by their choices. How can this be dangerous to young people to know they have a choice? I just don't get it and it grieves me.

Discipline yourself for the purpose of godliness.
I Timothy 4:7