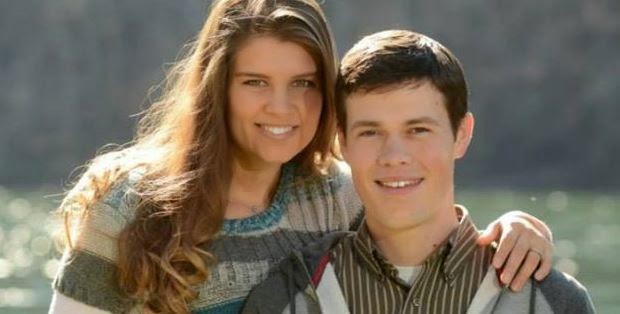 "I would love a big family....I would have as many children as I possibly could. I will probably be very strict with my children. I was very grateful to be raised that way. I loved the boundaries that my parents set and I felt like I matured a lot faster because of it," said Michael Bates, one of the oldest daughters of the Bates family that now has their own television show.

Unfortunately, the parents are not being as strict with their younger children. The mother admitted that they have, "gotten really, really, really soft in our old age." Another older daughter said, "The younger kids get away with murder. Not literally murder, but murder." An older son replied, "When I was growing up, my parents were a lot more strict." The older daughter added, "It use to be when we stuck out our tongue or if we said no, we got a talkin' to. Now the kids will turn around spout off, say no or stick out their tongue and mom and dad will say, 'Isn't that so cute?' And we're thinking, 'It's not really so cute.'" Mrs. Bates confessed, "We have a tendency to spoil them" and the father agreed, "We might just be too tired to get up and handle the situation or we're getting too soft on crime." Then they both laughed.

They took the small children into a store and had to be constantly chasing after them telling them not to touch. They were NOT well-behaved children. If you have to tell your child something over and over again and they're not listening and obeying, they are developing a rebellious spirit.

It's very sad when parents relax their standards on the younger children. It only hurts them as they are growing up less disciplined and it makes raising the children SO much more difficult in the long run. I know these parents love the Lord and His ways but I sure hope they watch this program and realize the mistake they are making in raising their younger children.

Children love and need boundaries! It teaches them discipline so when they grow up, they are disciplined adults and able to live productive lives. We should NEVER laugh at their misbehavior and think it is cute, but discipline them immediately whenever we see  disobedience in them. The earlier you train them to obey, the faster and easier they will learn and be a joy to be around.

Don't let your children run the home! In Isaiah 3:12 it states, "As for my people, children are their oppressors, and women rule over them. O my people, they which lead thee cause thee to err, and destroy the way of thy paths." When children are not disciplined and are boss of the home, the parents will be oppressed for children are NOT to rule the home. {This verse also states that women are NOT created to rule over men. It is only times of wickedness and rebellion that women rule, but this if for another post.}

Voddie Baucham gives some great advice on raising children properly. Yes, it takes a lot of time and effort, but it is well worth it as Michael Bates stated so clearly by loving the boundaries and how strict her parents were with her.