Cut It Out with the Fairy Tales 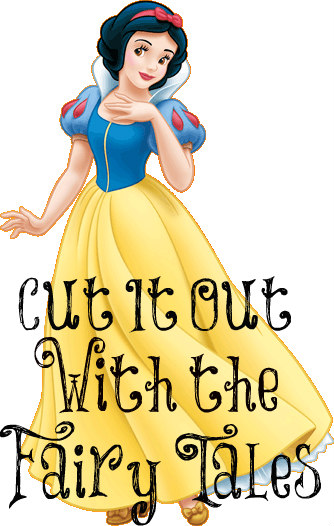 It's always fun to find an article written by a woman who doesn't know the ways of the Lord and lives according to the world. I'm not going to link to it since it's written by a feminist who uses foul language, even taking the Lord's name in vain, so I don't want to send readers to her site. However, she has come to some great conclusions in her life!

The feminist's lie was to tell women they can have everything without sacrificing anything. I've often heard women change this a bit to women can have everything they want but not at the same time. This is a fairy tale also since the years you are climbing the ladder by getting higher education and then a career are the best years to get married and have children, since a woman's fertility is highest in her twenties.

If women were to decide first to get married young and have children plus be at home to raise them, by the time they were grown and out of the home, they would most likely be too old to begin a career. Yes, they may be able to but then they won't be around to teach younger women as God has commanded them to and help with the grandchildren.

In pondering all of this, our culture has invented many things that have made it easier for mothers to have careers. Without baby formula and breast pumps, women couldn't have a career since they would need to be home full-time nursing their babies for the first year of so. Without daycare and fast food, it would make it much more difficult. Without supermarkets, washing machines and dryers, it would be impossible for mothers to leave their homes. Mothers used to have to be home to nurse their babies, fix their food from scratch and do their laundry by hand. They were very busy at home.

This is what kept couples married; the women needed their husbands to provide for them. Even though we love our washing machines, dryers and all the other modern inventions that make our lives easier, they have made life harder on many children since they have lost their mothers to careers in the process. I venture to say that children need mothers at home who are committed for life to their fathers way more than we need the modern inventions that have allowed women to be a part-time mother with a career. If children had their way, they would rather be poor at home with their mother, than rich with their mother rarely at home.

The only way a woman wins is by doing things God's way. Get married when a godly man who works hard asks her to marry him. Have children as soon as the Lord blesses her with them. Be at home full-time taking care of all there is to do in being a help meet to her husband, raising godly offspring and being the best homemaker she can be. Stop listening to the fairy tales of this day and age. All they are are fairy tales and have nothing whatsoever to do with real life. You either do things God's ways or the world's ways. You can't do both without someone suffering needlessly and that someone is always the children.

I will therefore that the younger women marry, bear children, guide the house, give none occasion to the adversary to speak reproachfully.
1 Timothy 5:14