Be Careful Who You Learn From 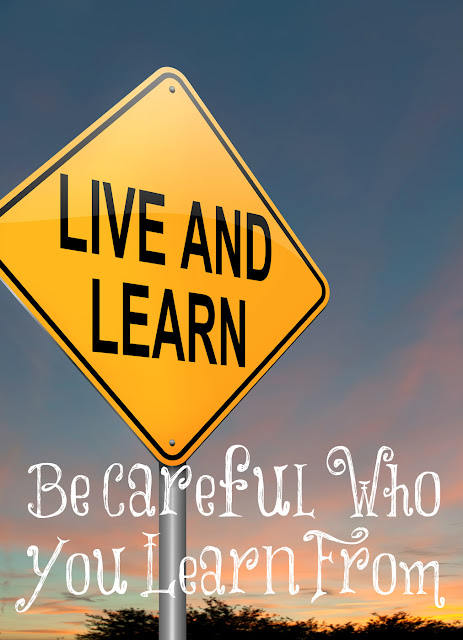 There are many women teachers out there who are just tickling other's ears. They teach all about God's love and grace but never about sin and repentance. "Any prophet, priest, or preacher who claims to speak for God and says little or nothing about repentance in these desperately wicked days is no spokesman for God nor ought he be trusted in other matters" {Richard Owen Roberts}. This includes the many women who are claiming to teach the Word of God. Even Jesus' first words in the book of Mark were, "The time is fulfilled and the kingdom of God is at hand: repent ye and believe the Gospel"{Mark 1:15}. We should do no less!

Have you heard of "contemplative prayer?" Many of these women are teaching this and it sounds great but have you ever researched what it means? "Contemplative prayer is no different than the meditative exercises used in Eastern religions and New Age cults. Its most vocal supporters embrace an open spirituality among adherents from all religions, promoting the idea that salvation is gained by many paths, even though Christ Himself stated that salvation comes only through Him {John 14:6}. Contemplative prayer, as practiced in the modern prayer movement, is in opposition to biblical Christianity and should definitely be avoided." {source}

Many also teach that we should be rebuking the Devil. Is this scriptural? "The Bible does not give Christians the authority to rebuke the devil, but to resist him. James 4:7 says to 'submit yourselves, then, to God. Resist the devil, and he will flee from you.' Zechariah 3:2 tells us that it is the Lord who rebukes Satan. Even Michael, one of the most powerful of the angels, did not dare to accuse Satan, but rather said, 'The Lord rebuke you' {Jude 1:9}. In response to Satan's attacks, a Christian should appeal to Christ. Instead of focusing on defeating the devil, we should focus on following Christ {Hebrews 12:2} and trust that He will defeat the forces of evil." {source}

Many of these women stand in front of men and women and teach the Word? Is this what they are called to do? "But I suffer not a woman to teach, nor to usurp authority over the man, but to be in silence" {1 Timothy 2:12}. Oh, but many will say, "They are in an auditorium and not in a church. This verse is for the church only." Well, guess what, the Church isn't a building; it is a body of believers, therefore, no woman should ever teach men the Word anywhere.

God doesn't want women teaching men His Word because we are the ones more easily deceived. "We float on feelings that will carry us where we never meant to go; we bubble with emotional experiences that we often take for spiritual ones; and we are puffed up with pride...Sentimentality takes the place of theology"{Elizabeth Elliott}. Our feelings and emotions lie to us and should never be a source of truth. Live your life by the Word of God instead.

We need to be so very careful who we listen to these days. We must not learn from anyone who isn't teaching the Truth of God's Word, makes up words that aren't in the Bible, and makes merchandise of you {uses you to get your money through their unbiblical books}. "And through covetousness shall they with feigned words make merchandise of you: whose judgment now of a long time lingereth not, and their damnation slumbereth not" {2 Peter 2:3}.

Find teachers that aren't afraid to speak about repentance, about sin, and God's wrath towards all who refuse to repent and believe. Learn from men like Charles Spurgeon;"He bids me 'Come away.' Further and further from everything selfish, groveling, worldly, sinful, He calls me; yea, from the outwardly religious world which knows Him not, and has no sympathy with the mystery of the higher life, He calls me. 'Come away' has no harsh sound in it to my ear, for what is here to hold me in this wilderness of vanity and sin?"

Learn from godly women who focus their teaching on Titus 2:3-5. Those who aren't afraid to tell women to love and obey their husband, to love their children, be chaste, discreet, sober, good, and keepers at home. Those who don't teach men. Their lives should revolve around their home, even in their older age they should be using their time to teach younger women, as the Lord commands. They should love the Word and teach all of it, even the most difficult passages. They are easily able to discern between good and evil. "But strong meat belongeth to them that are of full age, even those who by reason of use have their senses exercised to discern both good and evil" {Hebrews 5:14}.

The days are evil, women, and our culture is growing darker. Do not be deceived by the rich and famous women who are teaching things that aren't biblical. Cleave to the Truth of God's Word and don't seek to feel comfortable in your sin and made to believe that His grace allows you to sin. Remember, we walk on a narrow path that leads to life. It is not a popular path, very difficult at times, and few chose to walk on it.