Picture of a Beautiful Family 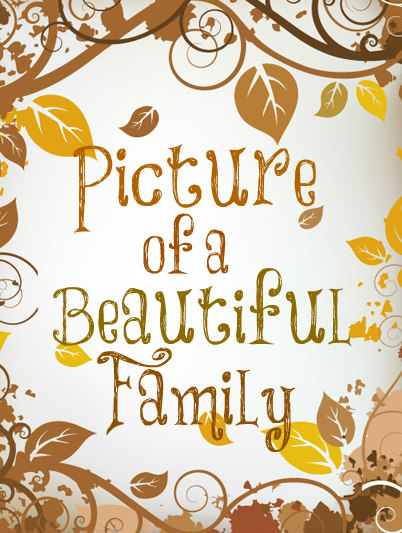 There is a big problem with sexual identity today. It's a very sad state of affairs. This wasn't the case when I was growing up. We all clearly knew the differences between male and female. Yes, women were doing the things men did like leaving their homes and having careers. Now children in elementary school are taught that they can be male or female. It's their choice as if we get to be whatever they want to be, regardless of the long-term destruction to society and the child themselves. Here are some encouraging words from John Piper about his growing up years and clearly knowing the differences between the roles the Lord has created from the beginning.

"I heard one time that women don’t sweat, they glow. Not true. My mother sweated. It would drip off the end of her long, sharp nose. Sometimes she would blow it off when her hands were pushing the wheelbarrow full of peat moss. Or she would wipe it with her sleeve between the strokes of a swing blade. Mother was strong. I can remember her arms even today thirty years later. They were big, and in the summertime they were bronze.

But it never occurred to me to think of my mother and my father in the same category. Both were strong. Both were bright. Both were kind. Both would kiss me and both would spank me. Both were good with words. Both prayed with fervor and loved the Bible. But unmistakably my father was a man and my mother was a woman. They knew it and I knew it. And it was not mainly a biological fact. It was mainly a matter of personhood and relational dynamics.

When my father came home he was clearly the head of the house. He led in prayer at the table. He called the family together for devotions. He got us to Sunday School and worship. He drove the car. He guided the family to where we would sit. He made the decision to go to Howard Johnson’s for lunch. He led us to the table. He called for the waitress. He paid the check. He was the one we knew we would reckon with if we broke a family rule or were disrespectful to Mother. These were the happiest times for Mother. Oh, how she rejoiced to have Daddy home! She loved his leadership. Later, I learned that the Bible calls this 'submission.'"

John Piper was blessed to be raised in a godly home. This is God's description for the family and contrary to popular opinion; it is a beautiful thing. Marry a godly man, bear children, and guide the home, as the Lord has commanded younger women to do.

Choose you this day whom ye will serve
but as for me and my house, we will serve the LORD.