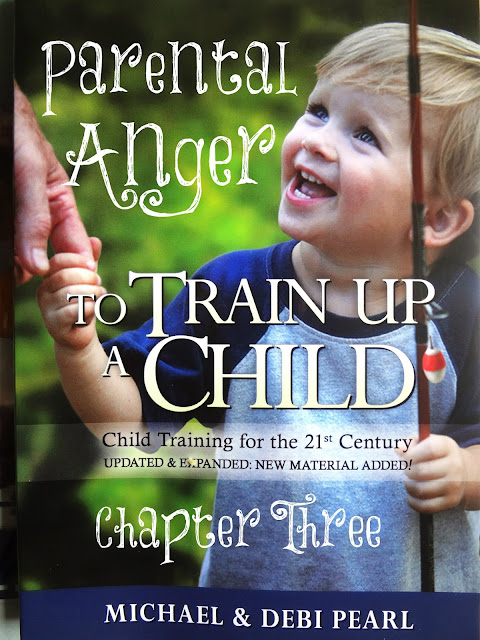 Have you noticed how angry people are today? Their temper and rage flares at the drop of a hat. The reason for this is they were never trained as a child to control their temper. An adult who is angry most of the time is going to produce angry children. When parents are poor trainers, they come to dislike the children they have produced. If you have painted a picture you don't like, don't blame the canvas.*

Women tell me that their children make them angry because they argue all the time. Tim Chester wrote in Gospel Centered Family, "Cut through the mire of 'she said, he said, she started it, her started it' with a focus on the heart. 'I don't care who started it. You both got angry because you wanted your own way." Don't allow your children to fight, argue, and get angry with each other. Selfishness is at the root of all sin; we want our way. Teach them about generosity, being a servant, and thinking more highly of others than they do themselves.

Life is a lot more pleasant for everyone when children obey their parents immediately without having to bear the wrath of their parents. Children will test their parents if they aren't consistent and will continually push the limits if they allow them to do so. You must not. You must set boundaries and stick with them when they are young. Consistency, boundaries, and discipline is the formula in raising self-controlled children who are a pleasure to raise.

"The obvious application is that I need to keep planting the seeds of honesty, Biblical truth, perseverance, kindness, long suffering, patience, sweet attitudes, and so forth with my children. I must keep at this God-given task, fully expecting that 'in due season' I shall reap what I have sown in my children" {Helen Aardsma}

Whoever is slow to anger is better than the mighty,
and he who rules his spirit than he who takes a city.
Proverbs 16:32