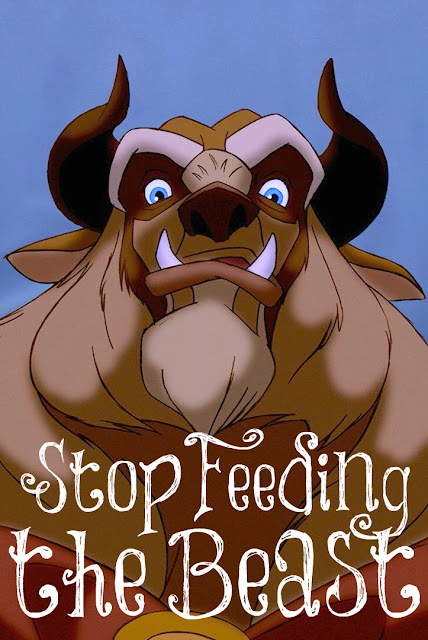 An article called Starve the Beast encourages Christians to not send their children to public schools so the schools won't get money from the state, but instead mothers should homeshool them. Long ago, all children were homeschooled by their mothers at home. Some of the greatest men in history were taught by their mothers. All seven of the key founding fathers were homeschooled! They grew up to be brilliant men who lead armies and nations. There is nothing in the Bible about public schools. There's nothing that tells us to send our children away for hours every day to people who don't love the Lord nor teach the ways of the Lord. The Bible tells us the opposite. We are commanded to raise our children in the nurture and the admonition of the Lord.

When we are sending our children to public schools, we are feeding the beast. A large reason our nation went down the tank so quickly is due to public education and taking the children out of the home and into the hands of strangers who know not God nor His ways. Most of the time spent in public schools is worthless time and doesn't add to the value of being a godly person one bit, instead it takes away godliness in what it teaches. It teaches them things contrary to their nature and the way God created them. They will learn that boys and girls are the same and can have the same roles in life. Can you tell me again why godly parents are sending their children to godless schools?

From the article, "There are numerous options available, especially with homeschooling. Parents can purchase an out-of-the box curriculum for every grade. The costs are minimal, and parents control the school day. What takes eight to ten hours for a government-education day {much of it wasted}, a homeschooling family can do in four hours and accomplish more.

There are homeschool co-opts to help parents with high-level math, science, music, and foreign language studies. If parents took their anti-Statist worldview seriously, they would not be sending their children to the one institution that is determined to turn your children into soldiers for the State." {Starve the Beast}

"God has put it in the hearts of little boys to want to grow up to be doctors, lawyers, builders, preachers, firemen and farmers. Likewise, He has put it in the hearts of our daughters to want to be mommies. This is God's grace to us. These differences are design features that cannot be ignored. When we teach our boys that they will someday be providers and our girls that they will be homemakers, we are teaching with the grain, not against it. When government schools teach children contrary to God's purpose, they are messing with what God has ordained and will have to give an account to God for their disobedience." {Nancy Wilson}

Girls are not taught to be homemakers in the public school, even though all women have a God-given desire to nurture something whether it be children or pets and care for the home. Instead, they are taught to do "something much better" with their lives. Boys will be exposed to all sorts of immodesty and indecency. Many grown men are addicted to porn today due to being exposed to it when they were young at school. Women, hell is real. The only thing that matters is that your children spend eternity with the Lord. This should be a priority in raising them. They need to have the Word taught to them consistently. You should be disciplining, training, and teaching them in the ways of the Lord and the roles He has for them, not allowing the world to raise them in their wicked ways. The Lord has given you this most important job of raising godly offspring, not feeding an ungodly institution.