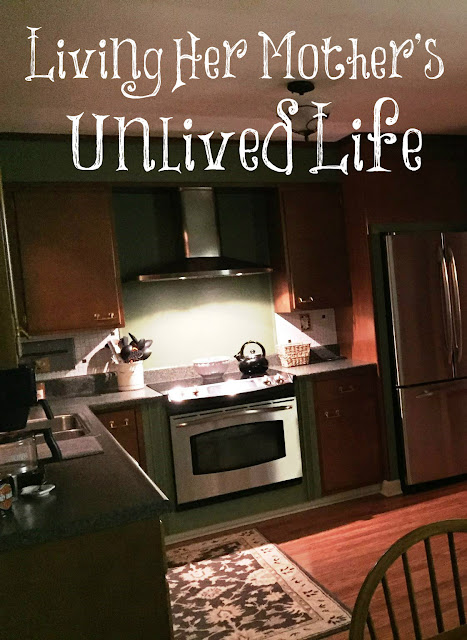 When I was growing up, there weren't a lot of full-time mothers at home since I was born in 1958 and in the 60s was when women burned their bras, left their homes, and turned our society on its head. However, "The feminist movement of the 20th century first started in the late 1950’s.  Our men had recently come home from the war, and life settled back in to dad going to work and mom staying and taking care of the children and home. They had freedom to be educated and to vote. Most women chose to be home. They accepted, embraced, and enjoyed their roles as wives and mothers. Initially they didn’t 'get' what this radical group of women was preaching...By stirring up anger, bitterness and discontent in the hearts of these women who initially had not felt there were any issues with their lives, they were able, in a period of ten years, to go from a small group of radical women to twenty thousand women marching down New York’s Fifth Avenue under the banner of women’s liberation" {source}.

Those women who were still homemakers in the 1960s eventually became discontent seeing their peers go off and have careers. Many would complain to their daughters about this so their daughters didn't want to be plain old homemakers. They wanted much more for their lives so they pursued higher education and careers, all in the name of "freedom." Lisa Marks wrote a post about this since she was one of those daughters listening to her mother consistently complaining and being unhappy in her role as homemaker. She decided when she grew up, she would do the opposite of what her mother had done.

Many years later after Lisa had pursued her dreams and had achieved them she wrote this about her life ~ "My life as a single woman has been exceptional. I've hit many career highs, traveled extensively and lived abroad. But it's also been exceptionally challenging. When the recession hit a few years ago, it would have been lovely to be supported emotionally, spiritually and, yes, maybe financially.

Mum watched me struggle through tough times as my life played out the opposite of hers. Recently, sitting in my kitchen, she admitted, 'I didn't realize what I had. I wouldn't have your life for anything. It's just too hard.' This time, I didn't flounce off to my bedroom; I just smiled at this 180-degree bombshell revelation. It appears that I've lived my mother's unlived life so well she's actually become nostalgic for what she had.  She now tells me often that her children are 'the best thing in her life,' how proud she is of us and that she 'had it good.' It must have been awful for her to have been so unhappy and unfulfilled, but I'm glad she appreciated what she has now.'

Linda's conclusion was that if she had a daughter, she wouldn't tell her how to live her life. As a believer in God's unchanging Word, however, don't allow the feminist's lies to infiltrate your daughter's thinking. Keep teaching and modeling the Truth of God's Word to them.  I taught my daughters to live the life that the Lord wants for them. If you are a believer and love the Lord and His ways, you should teach your daughters this as well. However, show them the beauty of submitting to and obeying their father, dressing modestly, and working hard in your home with a joyful attitude. They will want what you have if they see how much you love and enjoy your God-ordained role.

I will therefore that the younger women marry,


bear children, guide the house,
give none occasion to the adversary to speak reproachfully.
1 Timothy 5:14