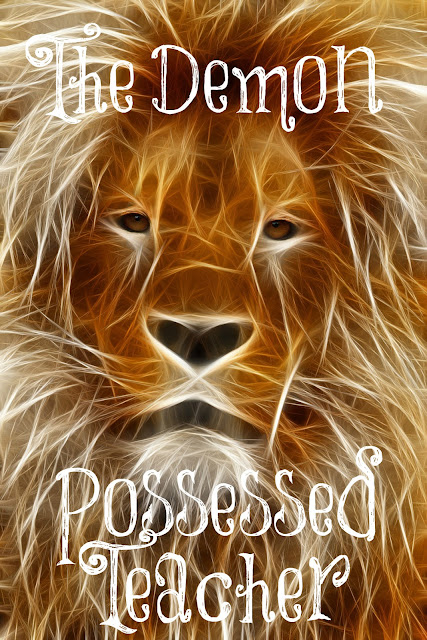 It's 12:30 a.m. I have never gotten up in the middle of the night to write a post but all of a sudden, I remembered this one incident in my life and felt so compelled to get up and share it will all of you as a warning. The post by the Public School teacher is my inspiration.

Shortly after Ken and I were married, I went to CSUN to get my teaching credential. After a semester of classes, I began student teaching. My first assignment was at a very nice elementary school in a wonderful neighborhood. I was going to be student teaching with a teacher who taught fourth grade who had been there for many years.

The first few days were fine, I guess. I had never student taught so I didn't know what to expect. I thought I was actually supposed to be taught how to teach, but the teacher sat at the back of the classroom with her feet on her desk eating and told me to teach. I thought it was a bit odd, but I did the best that I could.

A few days later, she had all the children gather in a circle on the floor and hold hands. I didn't want to participate. The Spirit in me was telling me loudly and clearly, "NO!" She glared at me. She told all the children to close their eyes and feel the spirit move from one to another. There was NO happiness in this classroom. The children were all sullen and withdrawn.

Each day seemed like a year. I would go home every day bawling my eyes out, not sure why. On Thursday of that first week, one of the little boys told me he wanted to shoot me in the head. The next day, during lunch, the teacher told me to come look at something. She had a notebook that was full of large scribbling and told me at night, she would fall into a trance then a spirit would move through her, go down her arm writing through her and predicting people's deaths.

I went home horrified and shared all of this with Ken, trembling and sobbing. Ken immediately got on the phone and called a professor from Westmont College who taught a class on cults and wrote a book about them. This professor told him I was being demonically oppressed and to NEVER let me return to this class. He said the writings were automatic handwritings from demons.

Ken called my professor at CSUN and explained the entire situation to him. We wanted to warn him about this teacher and the effect she was having on the students; how one student wanted to shoot me and the cloud of oppression over the students.

The professor said he'd find me another teacher and just said it was a "clash of personalities." He thought NOTHING of what we had told him, like I was making it up and it was no big deal. So I was moved to another very nice elementary school in a good neighborhood. I taught kindergarten. On the first day with the new teacher, we were eating lunch together. She put a bib on and proceeded to slobber food all over her while she talked to me! {She was a nice teacher, just very different, but not in an evil way.}

Parents, you have NO idea who is teaching your children when you leave them with strangers all day. This was over 35 years ago. I am sure it is getting MUCH worse. Being demonically oppressed is a HORRIBLE thing! Each day seemed like a year and you feel like you're being smashed to the ground every moment. No, I'm not saying every teacher is demon possessed but you just don't know. If only one teacher in many is possessed, do you want to risk your child getting her or him? Please protect your precious children. I believe SO strongly that we aren't to be handing our children over to strangers to teach them all day, especially if they aren't believers and true followers of Christ. The world doesn't understand the spiritual battle being waged, but we are fully warned of it in the Bible.

Be sober, be vigilant;
because your adversary the devil, as a roaring lion,
walketh about, seeking whom he may devour.
I Peter 5:8