Is Your Husband a Blessed Man Being Married to You? 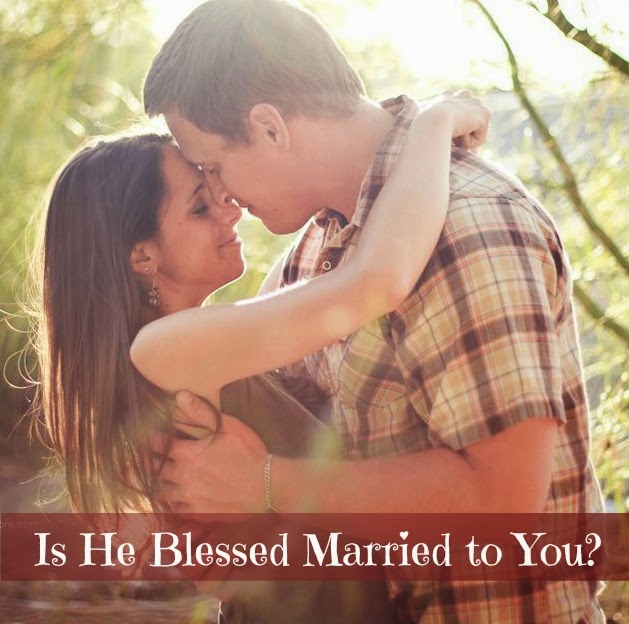 Rob was a senior in high school when I met him at summer camp in Wisconsin. I was a freshmen. He lived BIG. He loved life and he loved people. He had a passion for Jesus and walked faithfully with Him. He wanted to marry a godly woman. I met Sandy at Westmont College when we were both freshmen. We became best friends and have been close ever since.

Sandy was in my wedding in December of 1980. Shortly after I got married, she told me she was going to Wheaton College in Illinois to get her MBA. I called up Rob, who lived several hours north of Wheaton, and asked him if he'd mind picking Sandy up from the airport and driving her to the college. He was happy to and the rest is history! They quickly fell in love and got married that same year. On their honeymoon, Sandy read a book that encouraged wives to look up to God and allow Him to change their husband instead of side wards and try to change their husband by their self which always causes resentment.

After they got married, Rob continued to work hard during the days and spent many nights ministering to youth, which was his passion. Therefore, he was not home too much. I asked Sandy if this upset her and she told me she had decided she was never going to nag her husband. She never did. She never told him how to live his life and he adored her! She fixed him wonderful food, listened carefully when he spoke, and was always gentle and kind towards Rob.

They had three sons around the same time I was having my children. When their youngest was a baby, Rob had a seizure and they found out he had brain cancer. He died a year or so later. I think she was married to him nine years. What if she nagged, manipulated and controlled him during those nine years? What if she behaved like that and never had a chance to turn it around and be a godly helpmeet to him? Rob was blessed. He lived in peace with his wife. Yes, he had a short life and he would have loved growing old with Sandy and watching his three boys grow up to love Jesus, but he was blessed during his life on earth. He was able to experience an amazing marriage to Sandy.

Years later, she married Peter. Peter adores Sandy. She never tries to manipulate or control him. I don't know if she ever has gotten angry with either of her husbands. She accepts them as they are. She looks up and allows God to change them. Her boys have grown up to be amazing young men. Rob would be so proud of them. I am so thankful he gets to spend eternity with them.

Our youth pastor at our church is dying of brain cancer. He'll be with Jesus any day now. I met his wife when I was in the leader's meeting at Bible Study. She is a precious woman of God. They have two young boys. I ran into her and her husband a few years ago and they were sitting outside having coffee and enjoying each other. They love each other. Jason has been blessed. He has an amazing wife and two wonderful boys who he will be able to spend eternity with.

Life is short. How are you spending your days? Are you loving your husband, your children, your neighbors and those God puts in your path? Are you accepting your husband just the way that he is, not nagging, manipulating and controlling him? If your husband died today, would others consider him a blessed man to have been married to you?

***The picture is Rob's middle son who looks SO much like Rob. Tyler married his sweetheart and a few months ago they were blessed with a baby girl!