The Dark Side of Feminism and Equality 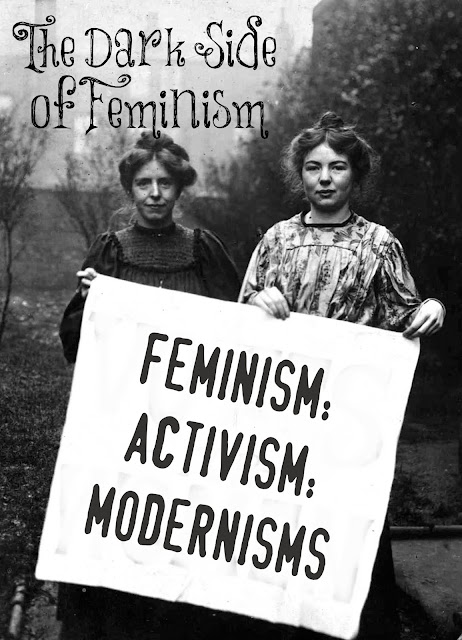 When I have mentioned before that men and women are not equal and never will be no matter how much feminists want this to be true, I get scolded. Yes, I know we are equal in value and worth and in the eyes of the Lord, just as children and parents are equal in worth, yet they aren't equal in authority and many others things. I believe the same is with men and women. Men can never be women and women can never be men no matter how hard they try. God designed us differently in the way that we think, respond, hormones, size, stature, strength, anatomy, etc. for wonderful purposes.

An article has just been written by a former editor of Cosmopolitan Magazine who thought she "had it all" but was on the verge of a nervous breakdown. Large numbers of today's educated, middle-class women are more stressed, more prone to depression and drinking more than ever before. They are leaving it too late to settle down and have children, and ending up alone - and lonely. Lifestyle changes that are concomitant with equality, and which women like me once welcomed, are taking a toll that seems to grow greater.

I love what Elizabeth Elliot had to say about this topic, "A Christian woman's true freedom lies on the other side of a very small gate - humble obedience - but that gate leads out into a largeness of life undreamed of by liberators of the world, to a place where the God-given differentiation between the sexes is not obfuscated but celebrated, where our inequalities are seen as essential to the image of God, for it is in male and female, in male as male and female as female, not as two identical and interchangeable halves, that the image is manifested."

God is very clear about the roles He has given to males and females and what is best for each sex. People will ALWAYS suffer when they depart from their God-given role. Is it any wonder that in any given year, women appear to experience higher overall rates of psychological disorders than men? Women were never meant to be the protectors and providers. We are not physically or emotionally built for these things. We are built for nurturing and taking care of our family and home. Look at the female body compared to the male. Study the difference in the brain and emotions. Take blood and compare the hormones. We're different, so different from each other and God made us different for a reason; for the good of the family and society when our roles are followed as ordained by Him. The problem, I believe, is that you can't over-ride the inbuilt instincts in men to be the protectors and providers, while women - however career-minded they are - are still natural nurturers and nest-builders.

This article wasn't written by a Christian nor from a Christian perspective, yet she claims that while there's much to celebrate in terms of women's achievements, the price paid for equality is rising exponentially. I don't think the price of straying from our God-given roles is worth it in any way. The cost has been way too high and those who have suffered the most are the most innocent, the children. You see, she believes that the things that have come out of the feminist movement have been good, whereas, I believe they are VERY bad. Putting commitment on hold to concentrate on your career, as well as to experience multiple relationships before settling down, has liberated women from the shackles of economic dependence and enriched their lives socially and sexually. And, of course, for some women, Mr. Right comes along in their mid-30s at the moment they're ready to commit and there's a happy-ever-after ending. But a growing number of women are finding themselves alone and unhappy. In a woman's sexual freedom, she fails to mention the consequences of numerous venereal diseases, infertility, and even death for some. Many women pursue careers and gain a mountain of debt that prevents them from being able to stay home and raise their precious babies so she is still believing the lies feminism promises. This doesn't sound like freedom from the shackles to me.

She also believed the lie that men want powerful and strong women who can provide for themselves. To her dismay, she found out the opposite was true. All had grown-up children, all were the principal breadwinners, and in four out of five cases the men left for younger and far less ambitious women. I reckon they thought that the wives they left would be just fine without them; that they'd tough it out. These women found out that their power diminished their husband's role of being protector and provider.

This author's marriage broke down when she was 56 years old. My marriage broke down around the same time. I was 56 and my son 19. My husband, who had always supported me in my career, made the remark: "After your breakdown, you became tougher. I think it was good for you to toughen up, but it wasn't good for me." A study revealed that those husbands who are more financially dependent on their wives are more unfaithful. We can't think we can escape from God's ordained roles and there won't be terrible consequences.

She sums up her article with these sobering words:  You could call it a work in progress, but unless we acknowledge the impacts of change on our physical and mental health and relationships, rather than dismissing them as scaremongering and anti-feminist, women will continue to pay a very high price indeed for so-called equality.

The ONLY answer to this problem is to go back to God's ordained path for the sexes. I see way too many young Christian women with higher education who know more than me and God's ways. They have feminist's tendencies that lead them away from fully embracing God's plan for women. They can't help but learn these feminist's lies in the present educational systems of today, including Christian institutions. It grieves my heart. I don't understand why they don't have "Keepers at Home," "Homemaking," "Child Raising" and "Marriage" courses in all the Christian colleges since these are along the line of what God wants for women, not high-powered careers that they are stuck with for the rest of their lives that keep them away from their home and marriage.

Thus saith the LORD, Stand ye in the ways, and see,
and ask for the old paths, where is the good way,
and walk therein, and ye shall find rest for your souls.
Jeremiah 6:16