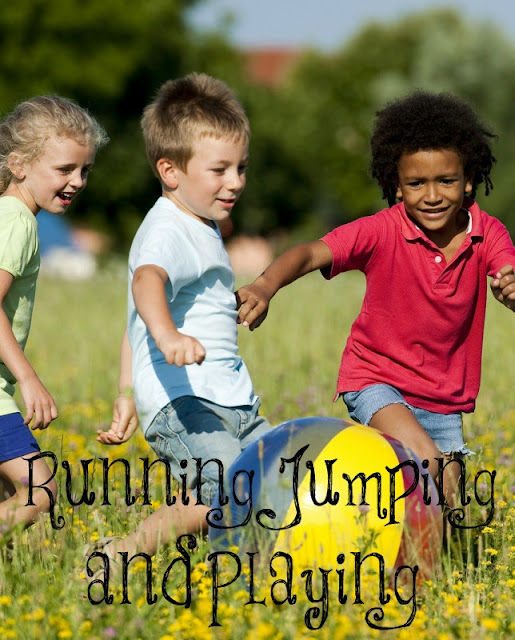 Many of the children today spend their days indoors either glued to their iPads or televisions. This is not a good and healthy way for children to grow up. I love watching the Willis Family. They live out in the country. Their children are having a fabulous childhood. They ride horses, climb trees, sing, dance, lift weights, wrestle, sing, draw, cook, clean, sew, read, write, run, and jump. They are active, happy and healthy. Their mom and dad love each other deeply. They are being modeled a loving marriage and being taught godly values.

A woman who teaches a bunch of little girls asked what they did on their vacation. They all said they watched television and played on their phones. They are not developing any fond memories of childhood like the Willis family. All children in past generations were able to play and be creative instead of sit in front of a black box all day or on the Internet somehow.

We weren't created to stare at a screen all day, including us! We were created to move and for relationships. God wants a family and we are a part of His family. He wants His family doing productive activities during our short time on this earth. Sure, you can use modern technology for ministry but if your children sit around all day playing on their phones or you on Facebook, it's time to start being an example to your children of what true life is supposed to look like.

When your children talk to you, listen to them. Have time each day when all electronics are shut down and have a game night or play outside. My daughter, Cassi, and her husband, Ryan, LOVE to play games and go outside, either playing volleyball or basketball. It's rare that you will catch them glued to anything electronic for hours if they have the option for a card or game board or a game outside. When Ryan was here last time, he told us about a game called Cornhole so he researched on the Internet where to buy one. This game kept our family outside for hours laughing and playing together. I highly recommend it! When we have BBQs, this game is out and everyone is outside playing or watching.

We have a park just down the street from us. When we walk around it during the summer time, it is mostly empty! You would think it would be full of all the children in the neighborhoods around us who are in walking distance from it. Surely, stay-at-home moms should be bringing their children to the park often! Whenever we watch Emma and Kenny, we either take them to the park or to the beach. They LOVE it! When I go to their home, they can usually be found in the backyard playing. Erin wants them outside playing most of the time! This means they get dirty a lot but it is the healthiest way for children to be raised.

When I was growing up, the neighborhood children were outside playing often after school and during the summer. When my children were young, all of us mothers would sit under a large tree chatting while the children played. This is SO important, mothers! Your children NEED to be running, jumping and playing, NOT sitting behind a screen all day. Also, when you are walking along a sidewalk, in a mall, etc. look at the people you are passing and smile at them. Don't have your eyes glued to your phone and miss the people that need a warm and friendly smile. Unplug and move!

The earth is the LORD'S, and the fullness thereof;
the world, and they that dwell therein.
Psalm 42:1