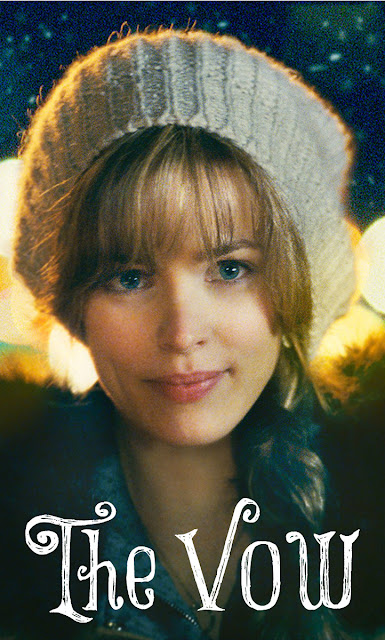 The other night, I was just flipping through the channel menu to see if anything decent was on and I saw the movie "The Vow" was on. It was almost over so I just saw the last half hour. A young couple was very much in love but got into a horrible car accident and she lost her memory. {It's based on a true story and I heard they are believers.} For some reason, the woman who lost her memory was living with her parents since she didn't remember her husband. She found out that her father had had an affair and cheated on her mother. She was terribly angry with her mother and asked her why she would stay with her dad, but her mother responded with these words.

"I was going to leave. I was. I was already to leave. Then one afternoon. I was all alone in the house and I started looking at all the photographs of you and your sister and the house seemed so full of all of us. We were a family. I realized in that moment that that was the most important thing in the world for me. I couldn't, I couldn't, I could not go." The daughter cried, "So you just washed it away?" "No, I chose to stay with him for all the things that he had done right and not to leave him for the one thing he had done wrong. I chose to forgive him."

This mother was a vow keeper. She was a covenant keeper even though her husband was not. She understood the destruction and loneliness divorce causes and chose to forgive her husband instead. The Duggar Family Blog who are friends with the Duggars just published the letter I had written to Anna. Most don't think a woman should stay with a husband who cheated. Yes, Josh cheated way more than once but maybe this father had also but it doesn't matter. Anna wants a family. She wants a father for her children. She doesn't want to raise her children alone. She loves and forgives him and prayerfully, he will one day be back in the home being the husband and father the Lord has called him to be. She probably reminds herself of all the good things she loves about Josh and the good times they had together.

Some of you have had husbands who have cheated on you. It's not uncommon in this sexually perverse society we live in. If he has cheated on you, as a believer, do everything in your power to keep your family together for God puts the lonely in families {Psalm 68:6}. Children need a home and a father. Choose to dwell on the good things your husband has done right and not on the bad. No, it isn't easy but it is the godly thing to do.

The Bible says that in the last day there will be covenant breakers. Our nation is full of covenant breakers. Don't you be one of them, even if your husband is one. Do unto him as you wish he would have done to you, for we reap what we sow. Sow forgiveness and love.

***I am not recommending this movie since I have no idea if it is decent or not.