Cherishing the Years with Your Husband 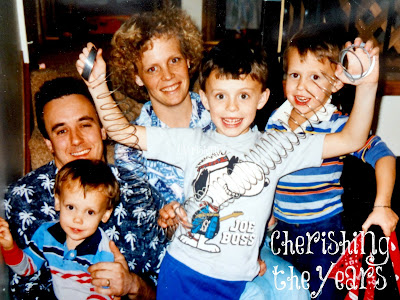 A young woman that I have mentored wrote me this text recently, "I just keep thinking of your best friend who married your friend and then lost him to cancer. She said she was glad she didn't waste the short time she had with him being ungrateful for him. That was the most humbling post I've ever read!!" I don't remember the name of the post so I'm going to tell you it again since it was so powerful for this one woman, it may be for you as well.

Sandy was my best friend in college. We met in 1976 and have been best friends ever since. After I married Ken, Sandy told me she was going to go to Wheaton College for business school. Rob was a good friend of mine who lived in Illinois so I asked him if he would pick Sandy up from the airport. He agreed, they fell in love and got married quickly afterwards. Before they got married, Sandy had decided that she would never nag her husband or complain about him or to him. She never wanted to debate him so she would give her opinions and then allow him to decide. She didn't feel the need to force her opinions upon him. She made the decision that she would show him grace instead of anger or being upset with him when he didn't act the way she wanted him to act. She knew that wouldn't accomplish anything beneficial so she figured it all out without an older women teaching her to love and obey her husband. She wanted to make Rob happy by having a gentle and quiet spirit, which she absolutely has and she adorns the Gospel with it. She kept her word. She found her strength in the Lord and in His ways. Rob adored her, which is an understatement. She loved and supported him.

They soon had three young boys. One day, Rob had a seizure. Soon afterwards, he was diagnosed with an incurable brain cancer. He died not too long afterwards leaving her with three little boys. {The above picture was taken shortly before his death, Sandy told me. She could tell because his left eye was droopy from the tumor.} Rob spent his married years very happy being married to Sandy.  She made his life good, very good. His life was cut way too short but he married a good woman who raised his sons to be godly men.

Can you imagine losing your husband so early in marriage? Wouldn't you feel a terrible sense of guilt if you had continually been angry and upset with him? It would be a regret you would live with for the rest of your life and I fear it happens way too often. It's taken me many years to gain Ken's trust but he knows my heart and intentions now that they are for him and not against him. He knows I deeply love and respect him. I will always regret the many years we wasted while I was trying to change and control him, instead of learning to have a quiet and meek spirit. Thankfully, the Lord has turned those years into years that I can use to minister to other women on what not to do and what to do in a marriage.

Life is way too short to make anybody's life miserable. Why do so many of us waste years making our husband's life miserable instead of doing all we can to be the help meet to him that God has called us to be? If you are causing your husband to not enjoy life due to your behavior and attitude, change it quickly. You are the only one that can change you and since you have the power of the Lord in you who raised Christ up from the dead, you can change!

Love is patient, love is kind and is not jealous; love does not brag and is not arrogant, does not act unbecomingly; it does not seek its own, is not provoked, does not take into account a wrong suffered.
1 Corinthians 13:3, 4