Sickened By Immodesty Among Christians 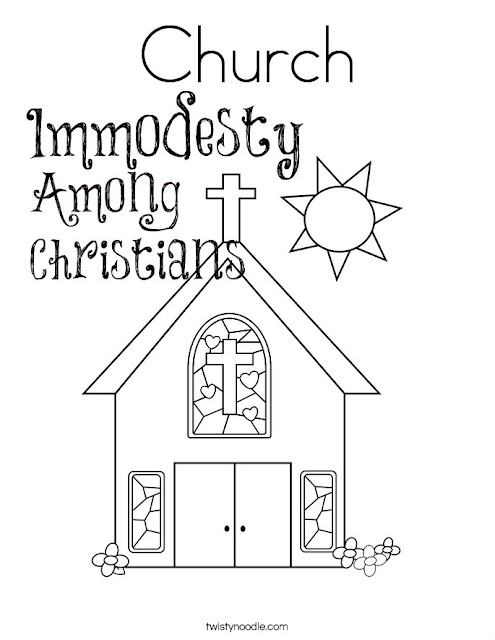 Paul Washer said in a sermon called The Basics of Biblical Courtship that what Christians wear to the beach today, just 60 years ago would have been jailed or fined by unbelievers since it was against the law. The women in the chat room were discussing the onslaught of immodesty our men see on the television screen, in the supermarket and everywhere. Even before a football game begins a woman who claims to be a Christian is singing and dancing provocatively on a stage in a dress up to her fanny. It actually looks like a top that is missing its pants. In church, women who lead the songs wear skin tight pants. The church doesn't even set and uphold standards of modesty that Paul says should take place in the Church. It's sickening how much Christians look like our culture instead of being beacons of light shining in a dark and decaying culture. Now, we shouldn't expect modesty from unbelievers but from those who claim to follow Christ, we should.

People will tell me that I am not to judge. Yes, we are to judge those within the church and we are certainly supposed to call any and all sin what it is, SIN. We shouldn't have to worry about going to church and seeing immodest women. This should be a safe place for Christians to worship the Lord and learn about Him. The Church and its leaders shouldn't be afraid of the women in the church but should set standards for modesty. When we visited Michael Pearl's church as a family, the women were all very modest and it was wonderful! It was a peaceful and secure feeling. All of God's ways are like this; peaceful and secure.

A friend of mine said her father was a pastor and he had a very strict dress code for those who were going to be on stage. I asked her why pastors today don't seem to have those same standards and she said that they cater to the young. This is not how it should be. The young should be catering to the older since they are the ones with wisdom. Some churches have robes for their choir like David Jeremiah's church. This is a great idea!

If you are a woman of God who desires to please Him in all that you do, dress modestly. Don't spend a lot of money on your clothes since this is forbidden by the Lord. Wear clothes that are neat, tidy and even pretty but make sure they are modest. Ask your husband what is modest if you're not sure since he is a man and thinks like a man! Be a godly example of modesty to those around you.

In like manner also, that women adorn themselves in modest apparel, with shamefacedness and sobriety; not with broided hair, or gold, or pearls, or costly array.
1 Timothy 2:9

***Please take five minutes to watch this clip by Dennis Prager about a man's sexual nature if you don't believe showing more flesh is difficult on a man and why you should dress modestly around every man, except for your husband's eyes only.

"Why are men so easily turned on sexually by a woman's legs, but not vice-versa? Why are female strip clubs so much more prevalent and popular than male strip clubs, but not vice-versa? Why is the Sports Illustrated Swimsuit Issue a nationwide hit every year...among men? In five minutes, Dennis Prager explains why the answers to these questions reveal so much about male and female sexual nature, and how the visual impacts the two sexes in totally different ways."