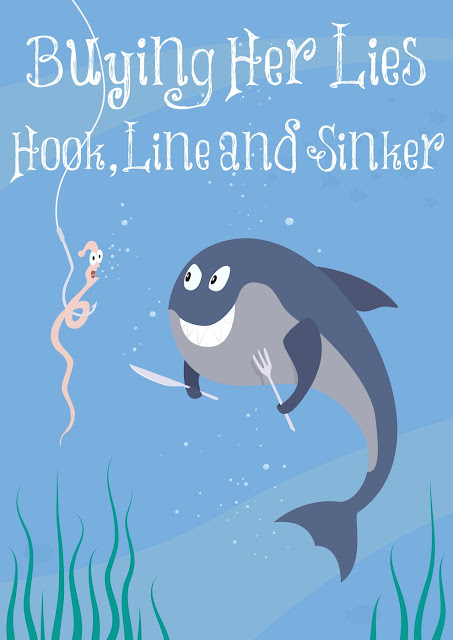 "Everyone's a biblical literalist until you bring up gluttony or divorce or slavery or head coverings or Jesus' teachings on non-violence, or the 'abomination' of eating shellfish and the hell-worthy sin of calling people idiots...And in spite of the flood of emails I get each week condemning my support of women in ministry, I've never received so much as an open letter criticizing my refusal to wear a head covering...We may laugh at these examples or dismiss them silly, but the biblical language employed in these contexts is actually pretty strong: eating shellfish is an abomination, a bare head is a disgrace, gossips will not inherit the kingdom of God, careless words are punishable by hell, guys who leer at women should gouge out their eyes...Why do so many advocate making gay marriage illegal but not divorce, when Jesus never referenced the former but spoke quite negatively about the latter?"

Then Rachel Held Evans wrote about the woman caught in adultery; "Jesus knelt down and scribbled in the sand before saying, 'He who is without sin can cast the first stone,'" but she failed to add what Jesus said to her  afterwards, "Go and sin no more."

This article, my friends, is why you MUST study the Bible and know Truth so when articles like this are being spread around the Internet like wildfire, you will be able to clearly see the lies being promoted in it. There is enough Truth in it to sound good, but it is filled with lies to promote a sinful lifestyle as being acceptable. It was written by Rachel Held Evans and many people love it and use it to support gay marriage as being okay, since there are many other sins in the Bible that people don't speak about. Let's examine her words more carefully since many baby Christians, those weak in their faith or those who don't know their Bible, will buy what she teaches hook, line, and sinker to justify sin, discredit the Bible, and explain that it is outdated.

"Or do you not know that the unrighteous will not inherit the kingdom of God? Do not be deceived; neither fornicators, nor idolaters, nor adulterers, nor effeminate, nor homosexuals, nor thieves, nor the covetous, nor drunkards, nor revilers, nor swindlers, will inherit the kingdom of God" (I Corinthians 6:9, 10). If you are a believer in Jesus Christ, these sins should NOT be named among you!  Ephesians 4:19 states this about those who have rejected Truth; they, having become callous, have given themselves over to sensuality for the practice of every kind of impurity with greediness.

What about gluttony? Yes, we are called to be moderate in all things. I have taught about this before and I have called gluttony sin but it is NOT listed in the sins of the unrighteous who will not inherit eternal life.

What about divorce? Yes, we are commanded NOT to divorce. I have also taught this before, however, there are disagreements even in the church about this topic. Some believe it is always wrong and some do not. Jesus said, "What therefore God hath joined together, let not man put asunder" (Mark 10:9). Paul seems to allow it in the case of abandonment (I Corinthians 7:15). I have an article written by John Piper why he thinks divorce is always sin. I believe it is God's will to never divorce and I will NEVER advise anyone to ever get divorced.

What about slavery? I'm not sure what she meant by this since much blood was shed in our country to rid it of slavery. Slavery is never condoned in the New Covenant under which all believers in Christ live under. In fact, Paul wrote if you can free yourself from it, by all means do it (1 Corinthians 7:21).

What about head coverings? The last two verses where Paul is speaking about head coverings end like this: "But if a woman have long hair, it is a glory to her: for her hair is given her for a covering. BUT if any man seem to be contentious, we have NO such custom, neither the churches of God" (I Corinthians 11:15, 16). The churches don't dictate head coverings. If a woman wants to wear a head covering or not is her conviction and not sin either way. (There are many interpretations and disagreements over these verses.)

What about Jesus' teaching on non-violence? Yes, Jesus taught His followers to be at peace with all men as far as it depends upon them, to turn the other cheek and overcome evil with good, but our government is established to protect its people and punish wrongdoers: "Let every person be subject to the governing authorities. For there is no authority except from God, and those that exist have been instituted by God. Therefore whoever resists the authorities resists what God has appointed, and those who resist will incur judgment. For rulers are not a terror to good conduct, but to bad. Would you have no fear of the one who is in authority? Then do what is good, and you will receive his approval, for he is God's servant for your good. But if you do wrong, be afraid, for he does not bear the sword in vain. For he is the servant of God, an avenger who carries out God's wrath on the wrongdoer" (Romans 13:1-6).

Finally, Jesus never spoke against gay marriage? He created and DEFINED marriage and it didn't include gay marriage! "But from the beginning of the creation God made them male and female. For this cause shall a man leave his father and mother, and cleave to his wife; And they twain shall be one flesh: so then they are no more twain, but one flesh. What therefore God hath joined together, let not man put asunder" (Mark 10:6-9).

The bottom line to this entire discussion is that there is only ONE sin that will keep you out of heaven: unbelief. If you refuse to believe in the risen Savior, that He has paid the penalty for all of your sins (past, present and future), you will not be saved. True believers will want to obey the Lord and His commands. They will not try to excuse sin in their lives since others sin by excusing theirs with "I'm just a sinner saved by grace." They will love others enough to speak Truth in love. They will desire to walk in the Spirit and not in the flesh. They will no longer have any desire to play in the mud. They will not try to justify any sin since they hate all sin and the consequences of it. They will always try to walk in love with the power of the Holy Spirit working mightily within them!