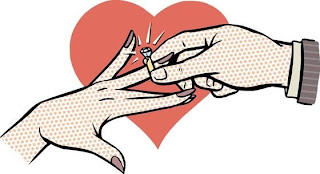 According to Dave Daubenmire Christians are responsible for destroying traditional marriage ~

From the day the church began to teach that sex was for recreation rather than for reproduction marriage was doomed. Birth-control paved the way to the bedroom as a playground. The church fights gay marriage while it winks and nods at fornication in all of its heterosexual forms. Christians’ selfishness destroyed marriage.

Not one good thing has come from birth control being introduced to this country.  It has made it easier than ever to have promiscuous sex.  It has allowed married couples to not want children.  It has allowed children to be a throw away product, namely abortion.  Men can get sex for free without commitment. We, not God, are in control of our sex lives now.

Christians are divorcing at the same rate as unbelievers.  We have made a mockery of marriage.  Most don't take it seriously.  If a spouse isn't happy, they get out.

If the Christian community really were Christ followers, walking in obedience to Christ, we would have made a much bigger impact upon society.  For one thing, we would have a lot more children who were raised in the nurture and the admonition of the Lord walking around being salt and light.

For another, we wouldn't get divorce.  It would not even be named among us.  Our marriages would be strong, solid marriages reflecting the image of Christ and His church.  We would be setting an example to those around us how glorious marriage truly can be.

Peace and love would pervade our homes and outsiders would be drawn to what we have and ask us where our hope was from.  They would see marriages really could last forever.  People could grow old together happily.

I am sure you know what I think is the main problem...older women have neglected their role in training the younger women how to love and obey their husbands, be keepers at home, etc.  The church dropped the ball on this one and listened to the lies of feminism instead by following the world's example instead of the Bible's commands.

Let us go back to doing things the way God commands us to and at least get the Christian community back on the right track starting with us.  Are you up for the challenge?

Marriage is to be held in honor among all,
and the marriage bed is to be undefiled;
for fornicators and adulterers God will judge.
Hebrews 13:4